I think we were all happy to leave the parties of Cartagena behind us and explore some of the Colombian nature which we have been hearing so much about. First stop was 'Parque Tayrona' which is situated in the north of Colombia on the Caribbean Coast. Unfortunately we arrived to late to hike in so we ended up staying outside the park with a really nice family whose house was full of hammocks for people passing by. Their young daughter 'Luna' (moon) played the part of of guide/guard withe her man size machete. There was a snooker bar across the road, Sunday night and the music roared until the early hours of the morning. We had a couple beers and enjoyed some games of pool while the locals danced salsa in the dim-lit roadside bar swinging a young girl whose face looked exactly like that of David Gonzalez!
The following morning we had some breakfast, fussed over what to leave behind got searched extensively by police at the entrance of the park for drugs/alcohol and finally we were in paradise. Although our destination was some 2-3 hours away through the thick, tropical Colombian rainforest. 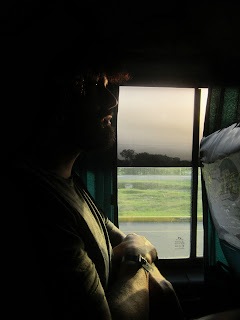 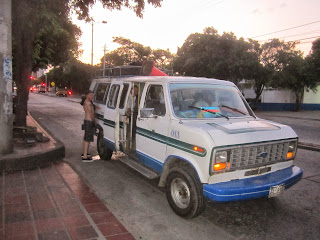 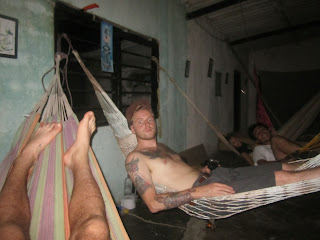 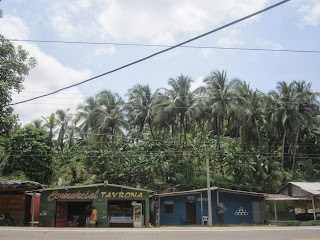 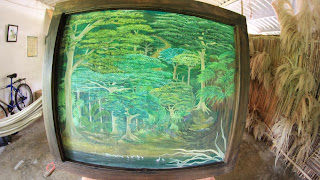 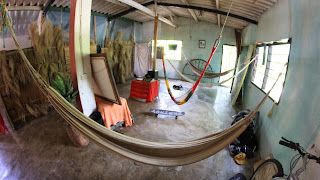 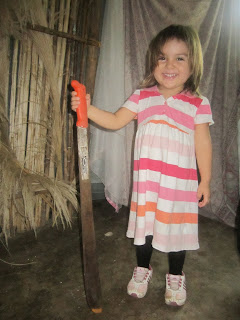 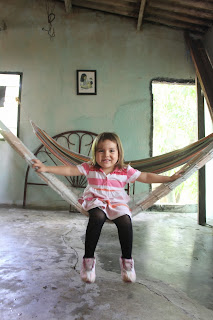 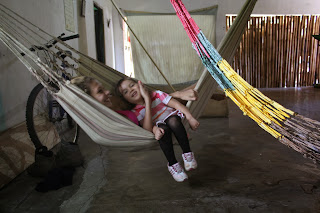 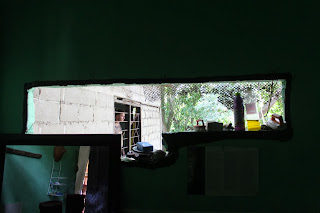 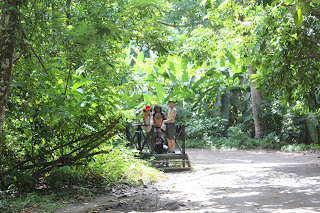 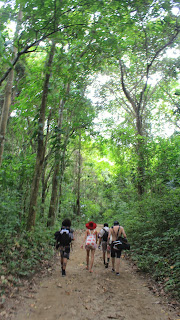