We slid over the Swiss border with ease and stopped by at the Warriors head quarters to visit the boss. I gave my Zurich friend Mirko a call to see what the plan was for Zurich and he said to get up there asap cos they were having the first skate at the new 'beauty' D.I.Y spot in a squat house. Enrico dropped me to the train station and in 20 mins I was on the one way train to Zurich. Big thanks to Enrico for taking good care of us on the trip and showing us his homeland!
Passing through the Alps on the way to Zurich was the most picturesque, romantic train ride of my life. The sun was blasting through clouds like spotlights, lighting up little segments of the land, had the effect of a well planned light show. The lakes were turquoise blue straight from a postcard. When the train left Lugano it was a glorious spring day of around 25 degrees, within 1 hour we passed through a tunnel, when we entered it was blue sky and sunshine although when we exited the tunnel some 4-5 mins later people screamed with shock as the country side was getting sprayed with fresh white powdery snow. Sorry my photos are so bad, I was to busy filming as snow to an Australian person is like the ocean to an Austrian/German tourist.
When I arrived in Zurich Mirko was there to meet me at the station and we met up with the homies, grabbed some beers to raise the spirits as it was pouring down with rain and made our way to the squat house. 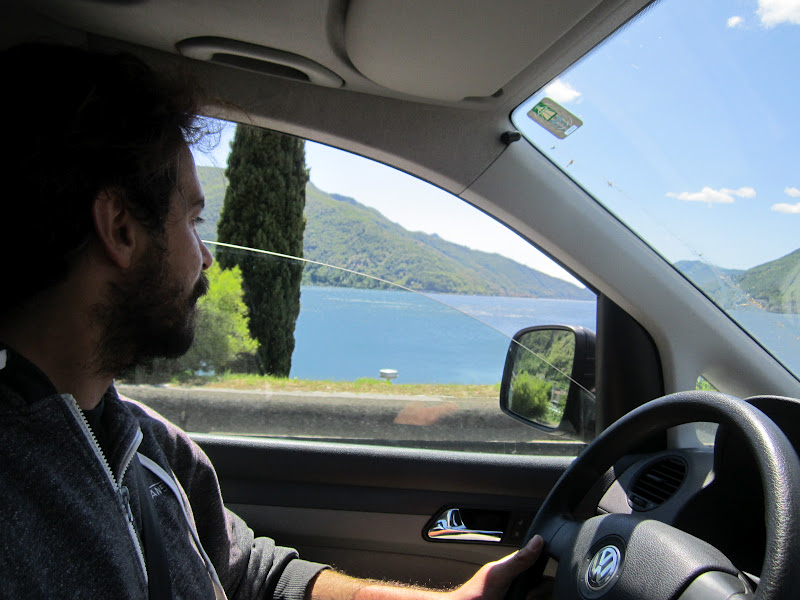 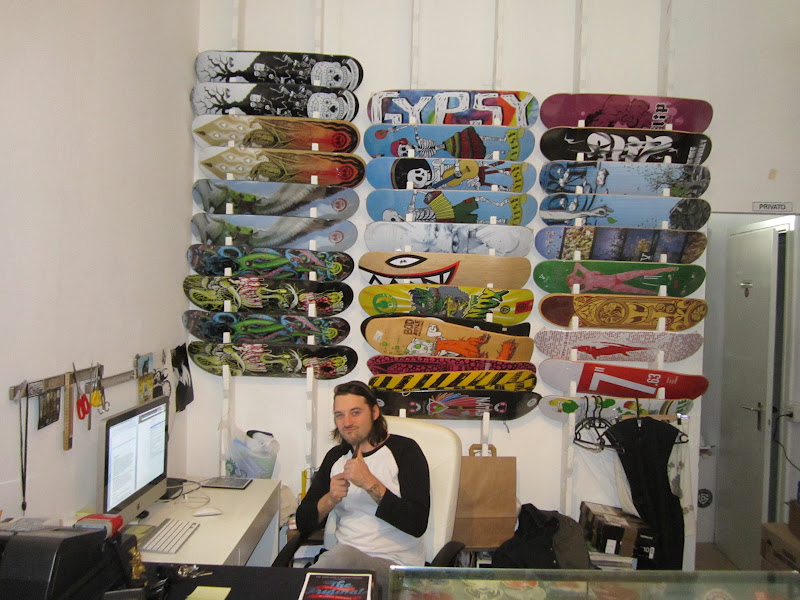 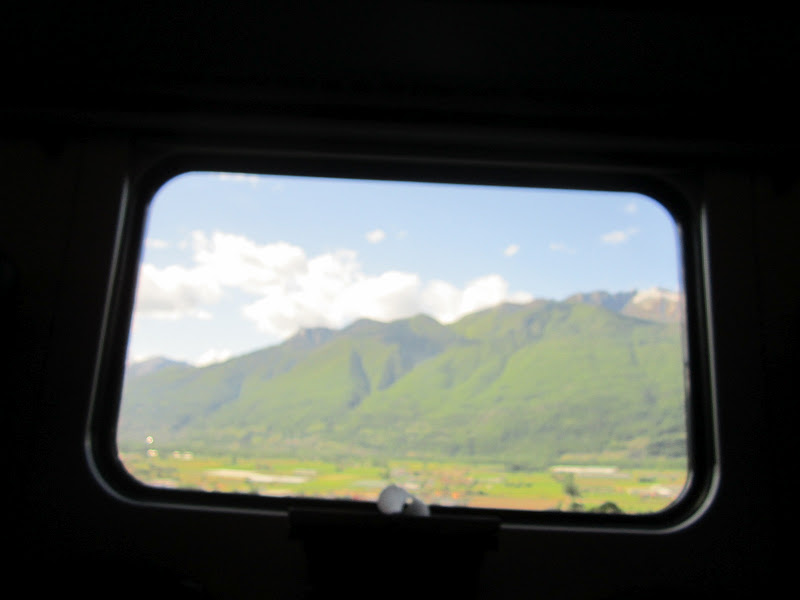 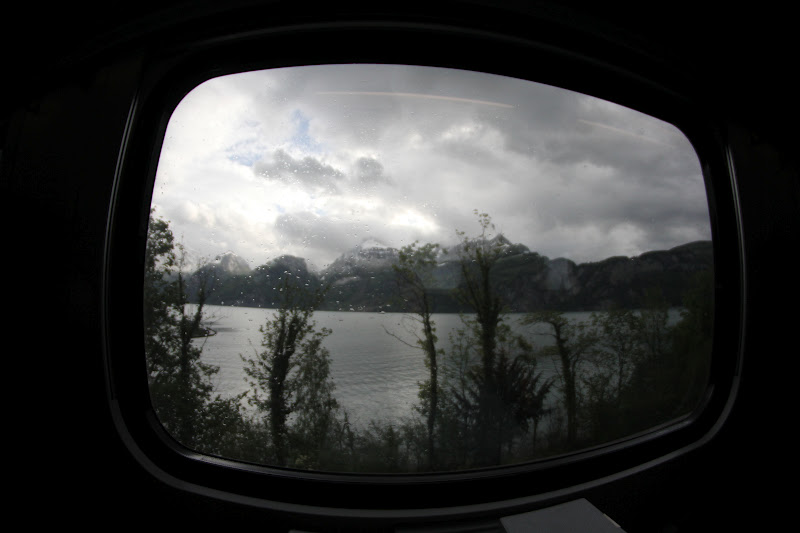 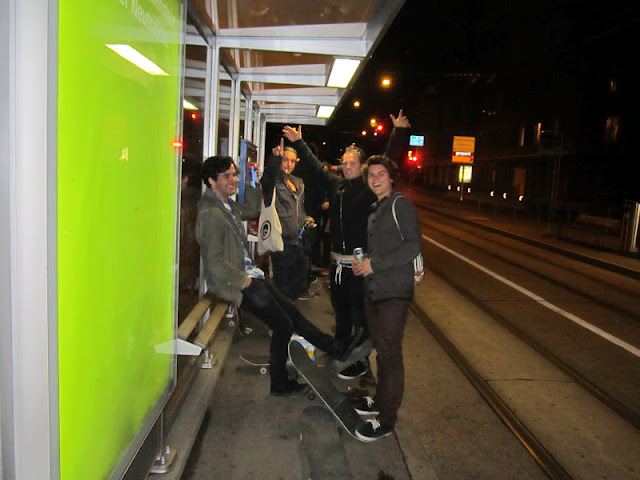 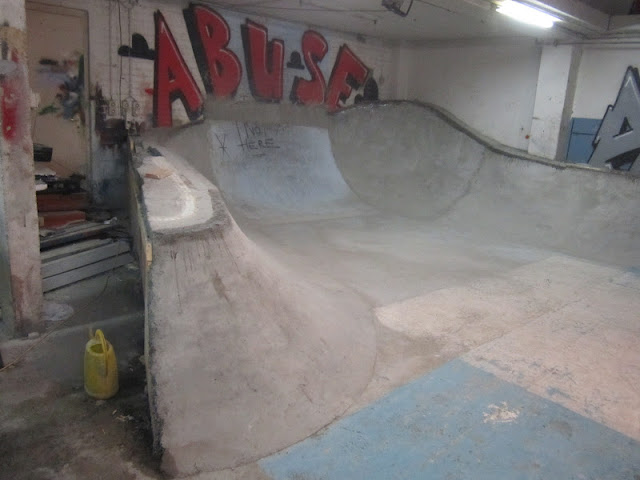 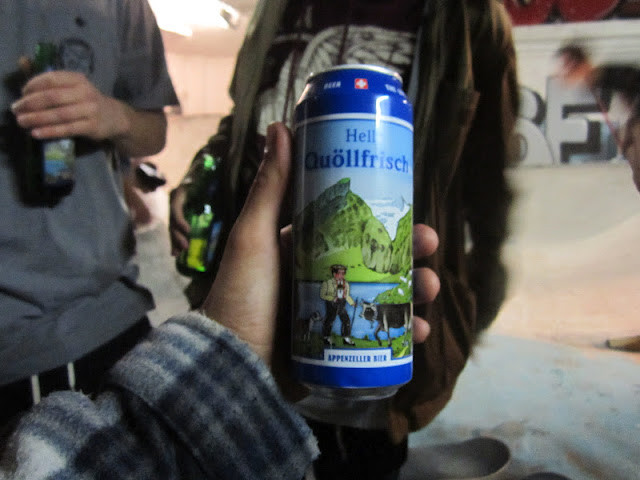 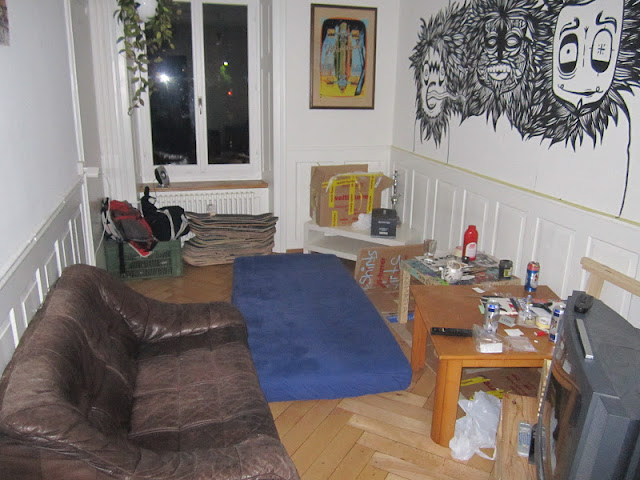