On arrival I dont think anyone really knew what we were getting ourselves in for the following week back in early June in Hannover, Germany. The basic idea was that the 2 er (tsvi-er) - 'the two stair' Crew had the idea to invite D.I.Y (Do It Yourself) Skate crews from all corners of Europe to come to their spot and each team would be given 3 days to build something. In the end in true German form the event was organised to the point of a pin, free unlimited bum beer for builders throughout the week, 3 hot meals a day cooked by our own punk rock activist chef 'Doc' who has cooked at protests for upto 10,000 people with his portable wagon type soup kitchen. More materials that you could poke a stick at and two trucks of cement arriving on the Monday and Tuesday. Originally we all thought that we would spend wed-thurs street skating while the concrete was drying, but once one thing was built you would hip and hop from crew to crew pimping out your hands for labour and laughs and we ended up building until the Saturday when the big skate jam would take place... The 2er guys even hired a big tent to set up for people to sleep in, were temperatures dropped to freezing point the first few nights before electric heaters were added. The Fox Spot guys from London who I was luckily enough to get to work with drunkenly decided to make a skate track with 3 pump bumps dissecting the middle of the tent with one of the oversized bumps claiming more casualties then a raging bull. On top of all of this, of course the weather turned for the worst and makeshift tents had to be erected over all working areas and anything used for wet weather gear from garbage bags to umbrellas fixed to ones back. On more then a few occasions we were there until the sun was rising the following morning on our hands and knees in puddles of water, coughing up concrete residue and putting the final finishing swipes on our masterpiece. At each and every break people would huddle around any naked flame and try warm their hands and dry their feet, usually with no success . . . so Max decided to construct a tee-pee above the fire drum to dry the wet clothes and boost the souls . . . The place looked like a war zone with fires burning from trolleys & bins, numerous scroungy dogs roaming, gracing us with their husky barks and yelps, water puddles everywhere mixed with fire-ash, cement, the screeching sounds of grinders, concrete cutters and cement mixers like a non stop shelling attack; it was full blown trench warfare against the concrete and elements!

If you can get your hands on it, there was an amazing article in KINGPINs August issue, I also had a bunch of photos published in the article. Maybe ill try scan it up in the next days. (: 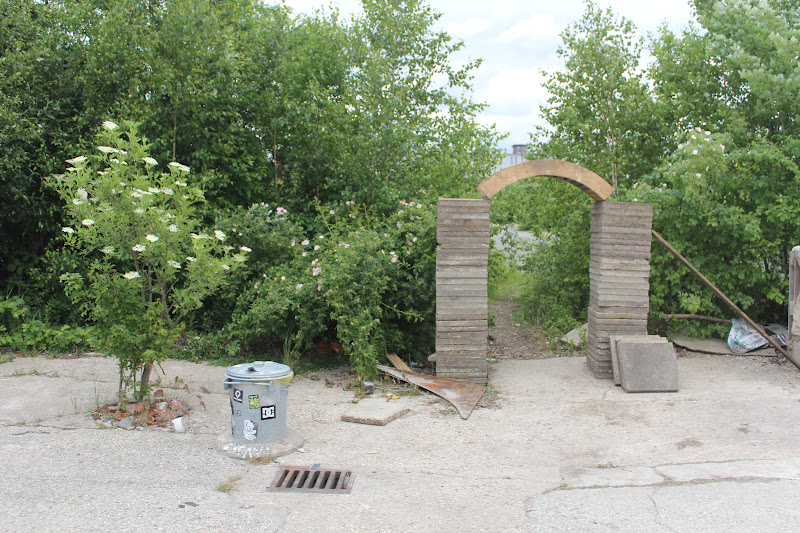 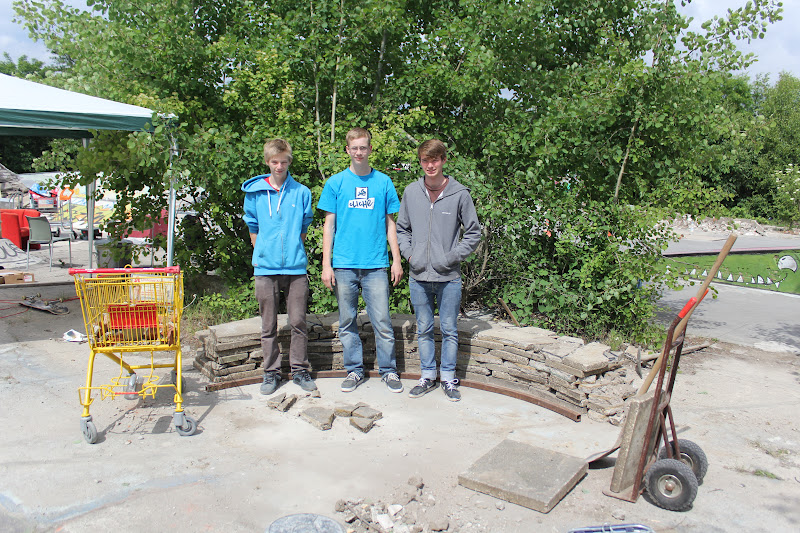 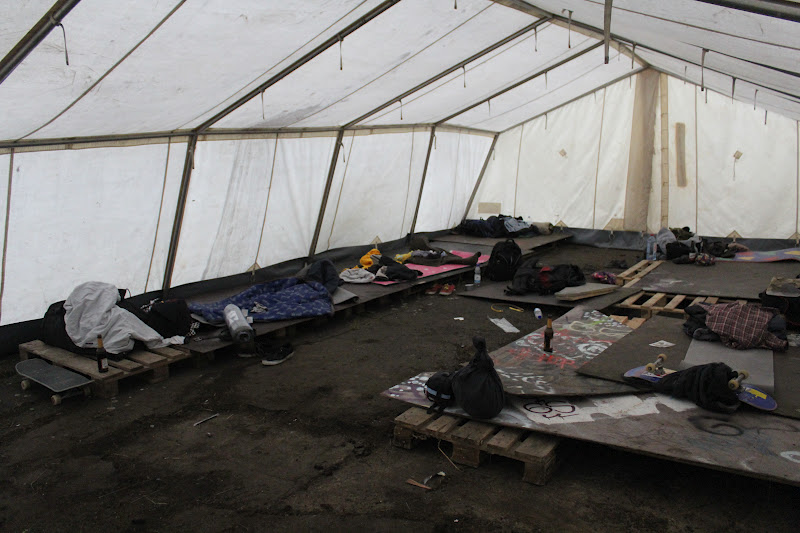 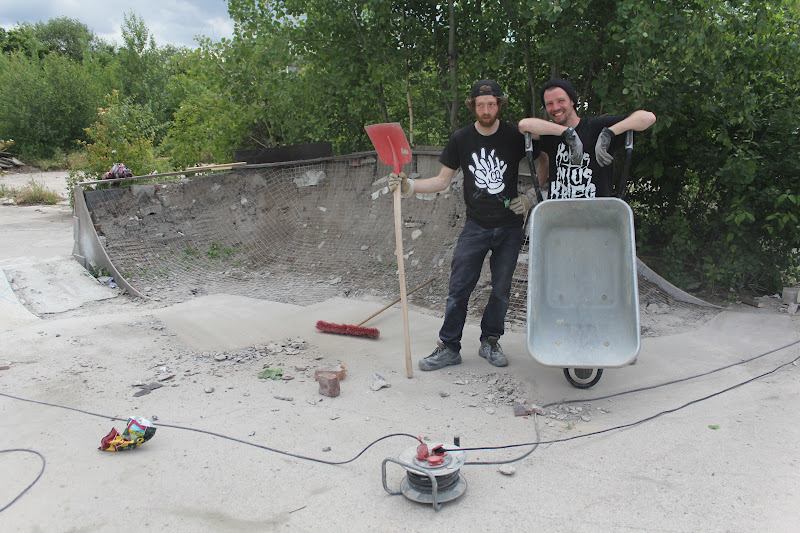 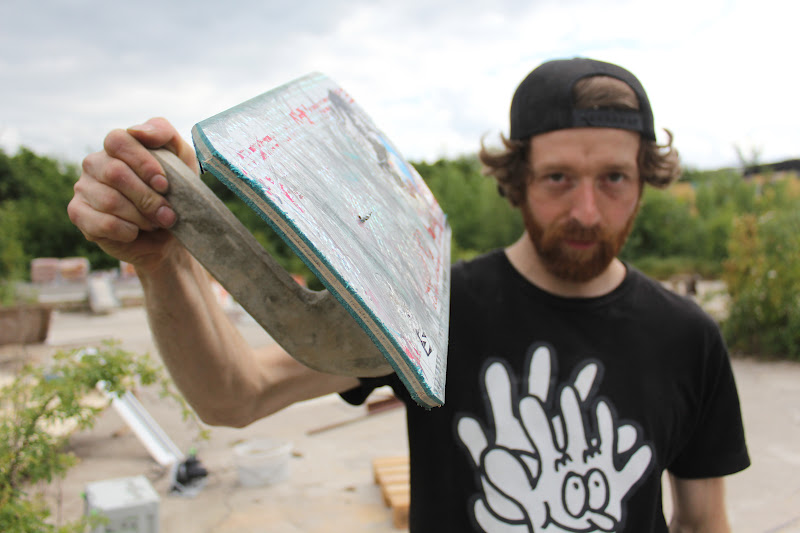 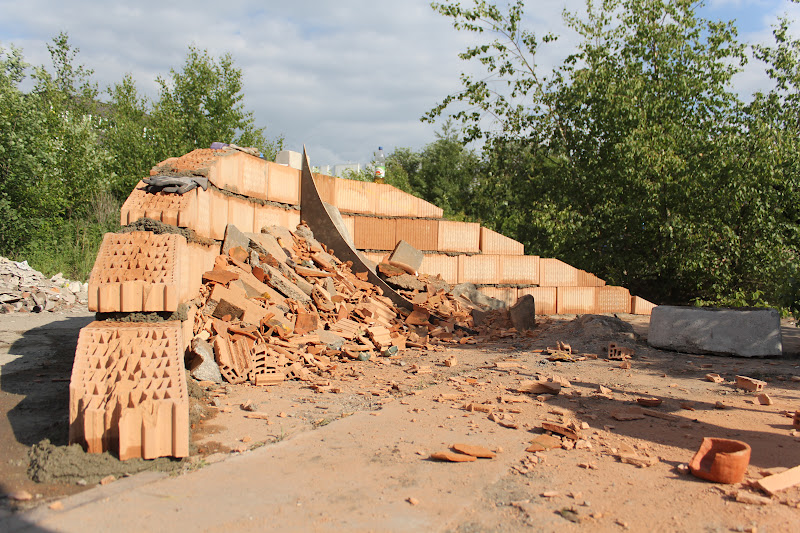 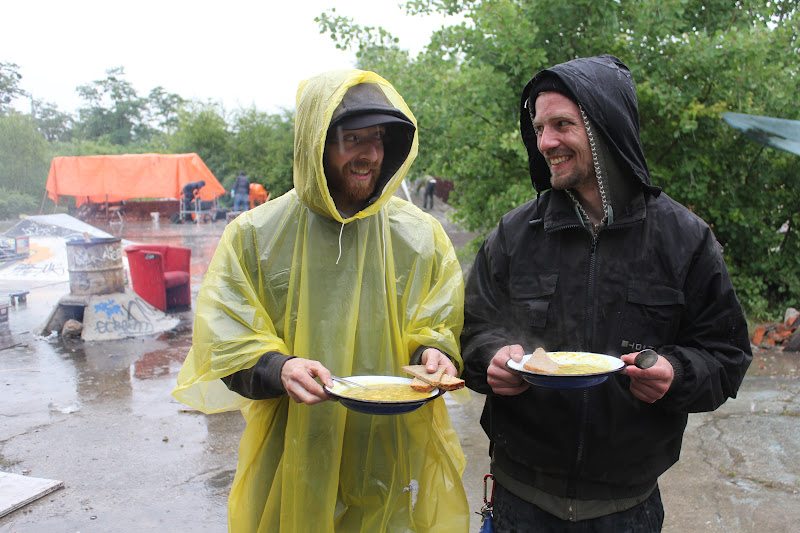 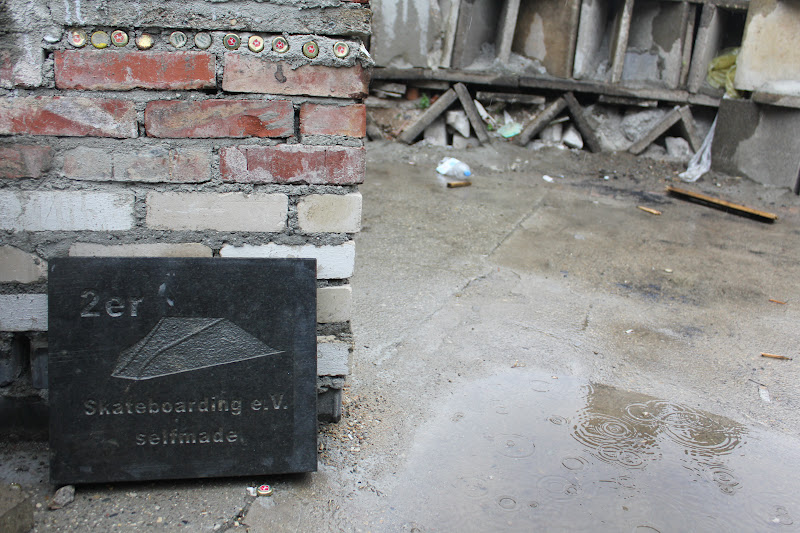 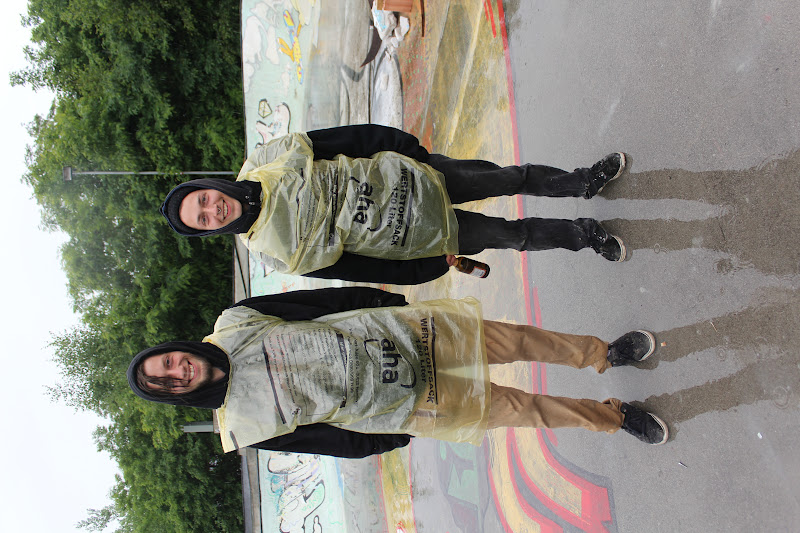 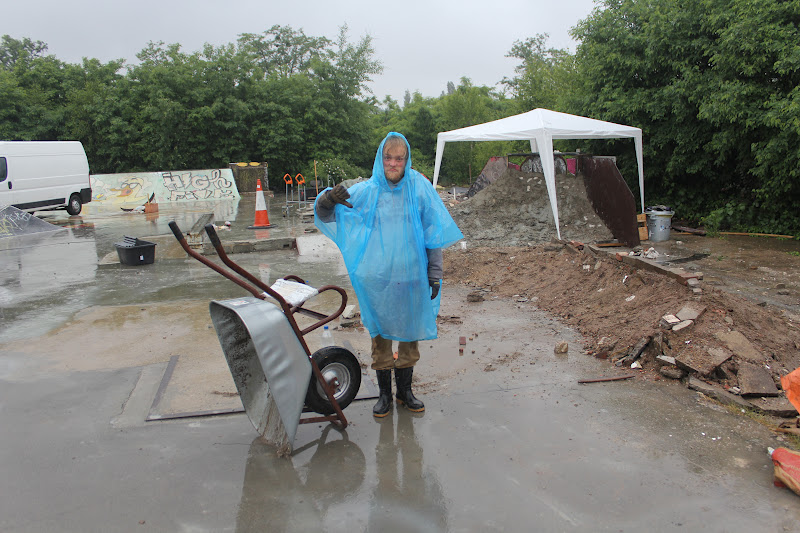 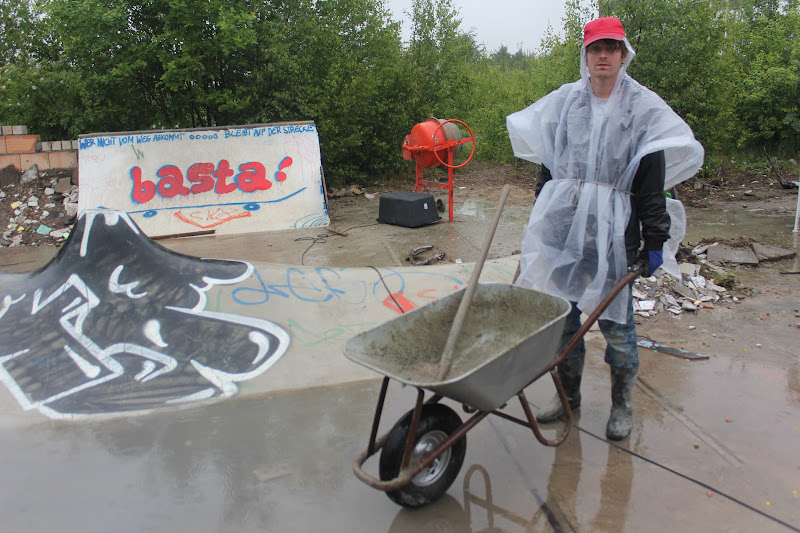 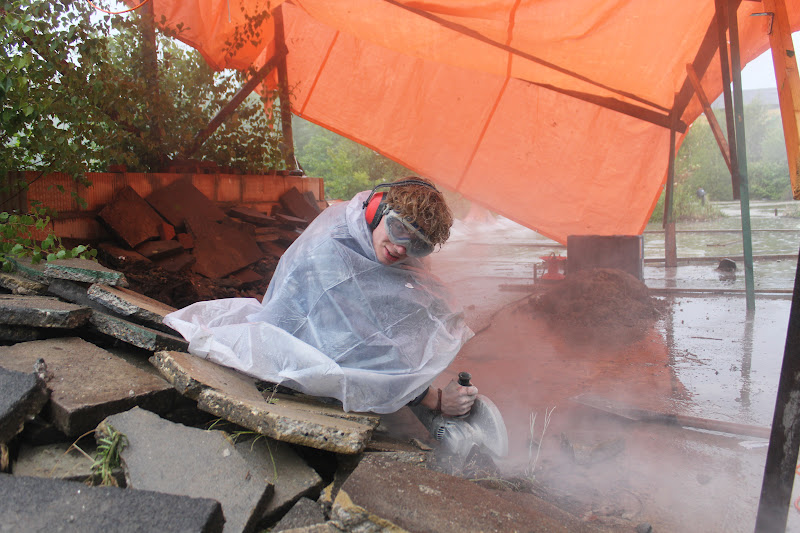 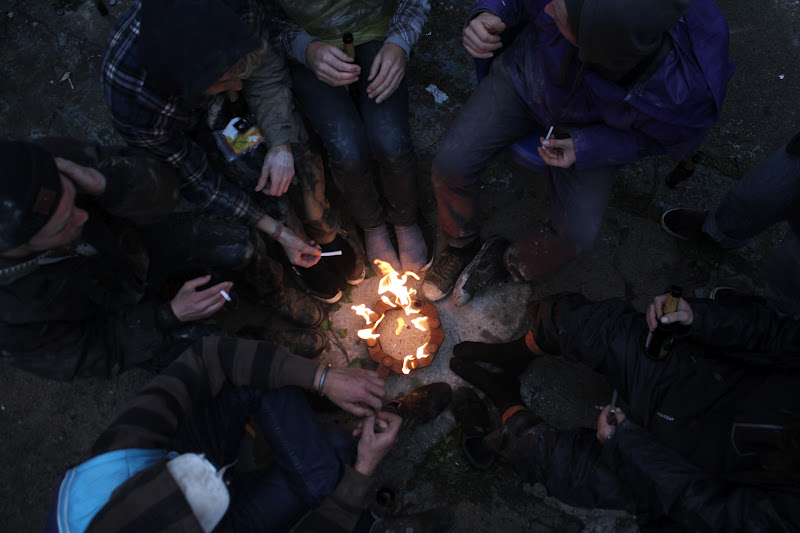 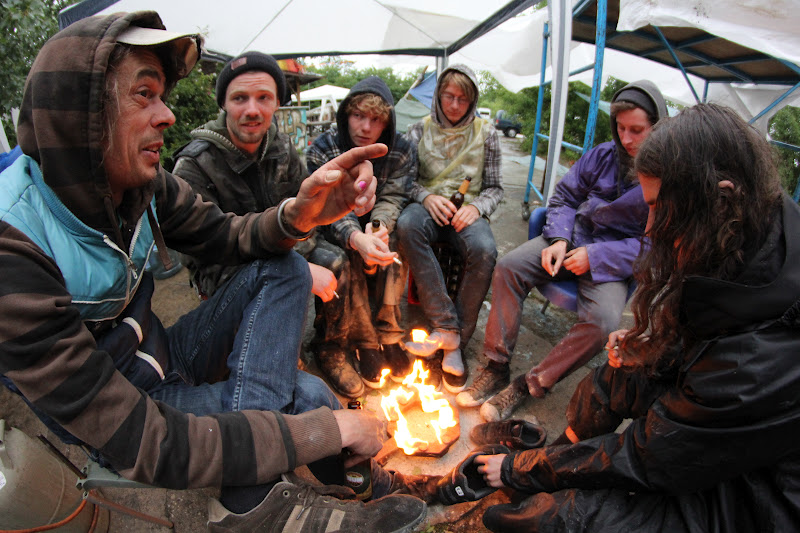