Ive been reading this book that my little brother found in a charity store. All I can say is that I am truly inspired by how much self discipline this man had and how passionate he was in fighting for equality for all men/woman and to make this earth a paradise for all to enjoy.

Freeing people from slavery and making the rich aware of there soul scorching greed, the man lived as a peasant in a number of communities that he built up from the ground. He spent years in jail as he tried to free India from English rule not through force but through peaceful resistance as he led mass civil disobedience movements. He travelled the country, to the deepest isolated pockets through swamp, jungle and over mountains on foot with walking stick in hand to spread the word and educate the people about the power they had in numbers. Unfortunately many of his followers were injured, jailed and thousands upon thousands killed. A life long advocate for vegetarianism and in his later years he practiced in celibacy believing that the wife shall be treated as a sister rather then a slave to mans desires and fantasies.

This was one of many passages in the book I enjoyed:

"Man's disharmony with nature was the cause of all his physical and mental illnesses; that god had provided in earth, water, and the air the means of tending the body; that the best way of keeping fit was to avoid everything artificial, to eat no meat or other rich food and to discipline oneself against lethargic ways". - Mahatma Gandhi 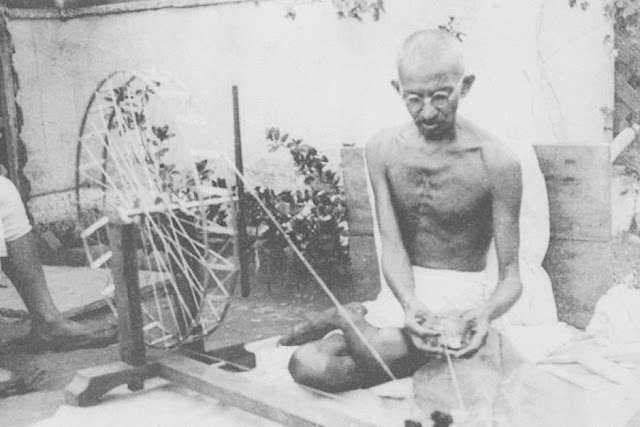