I met Daniel the mastermind of '2er' back in Barcelona in 2007 through German Max who spent some time in Australia before hand. We remained friends via email and I went and visited them in Hannover in 2008 before meeting up with the Death guys in Berlin. When i told people and still to this day tell people that i have been to Hannover they ask, were, what, why (even Germans) ? ? ? When i first arrived in 2008 i was only suppose to stay for 2 days and ended up staying 6, Daniel was extremely hospitable and all the guys were just great to skate/hang with.

Over the past few years Daniel started telling me about this D.I.Y spot which they were working on. I had been to the spot while i was there in 08 and there was only a ruff quarter pipe, block and maybe a pole jam. When i saw photos and videos of all the hard work and new terrain they had sculptured with funds from their owns pockets i knew i had to get up there for another visit.

While planning this sort of D.I.Y skatetrip in Northern europe to my shock again the flights from Copenhagen to Barcelona were through the roof expensive and as it worked out it wasnt so bad to fly from Hannover - Barcelona. Daniel advised me that they were also having a huge Party to celebrate the birthday and opening of the new bowl 3 days before the date of the flight i was pondering to buy. So i added Hannover as the final destination of my trip.

A 7 hour bus from Copenhagen to Hannover which i nearly missed, the boat crossed on the ferry again back to mainland Europe and i finally arrived at Daniel's house at around 1:30am. Although he had to be up for work in 4 hours and had a million things on his plate he was so excited to show me the spot which was a short 5 minute push from his apartment. When i arrived Eike and some other guys were enjoying some beers and finishing up a new obstacle for the event on saturday. I was now dying for daylight to be able to go skate and no doubt was going to have a restless night sleep with this spot in the back of my mind!!! 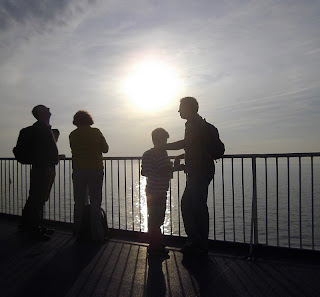 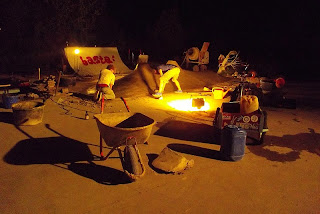 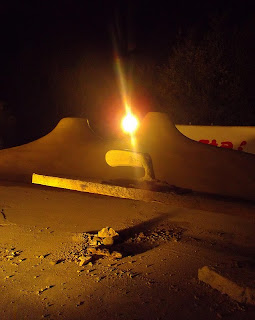 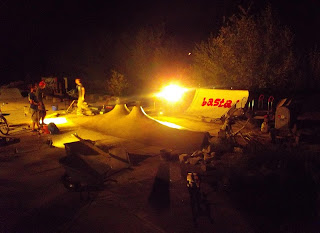 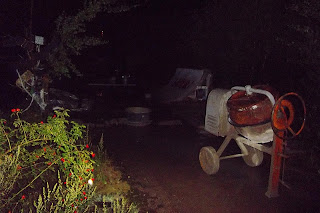