I caught a 6 hour bus from Berlin to Copenhagen, crossing the sea by ferry and finally made it after failing miserably to hitchhike. I had planned with my good Austrian friend Thomas to spend August up North, we decided that CPH would be a perfect placr to start and from just wing it from there. My Colombian bro Papayo from Barcelona also had some time off work and made a last minute power move, and booked a ticket to come for a week! I couldnt have been more hyped to be cruising around with these dudes up there and then on top of this Noah, Jonas and Danger were all in town.

As soon as i arrived we booted it down to the new huge outdoor park at Fellen Parken. Papayo and Thomas had already aquired some bikes so i was luckily enough to be getting towed behind. When we arrived to the park i noticed there was a big abandoned building in the distance. Not sure of were we would be sleeping in the next weeks i decided to check it out. While searching around i found a wallet on the ground which seemed to have its contents already stolen, but i had a search through and found 1000 Danish Crones which is around $200. I raced to the shop and bought a case of beers to celebrate the good fortune.

The vibes were incredible!! The locals were all so welcomming and down to have a good time. The Weather was amazing, with the sun not setting to around 10 at night. People were just really excited to be out and making the most of the summer, riding bikes around town and drinking on the streets rather then inside bars was the norm.

Later on that night while drinking in a square we found out that u can make around 10-30 cents for cashing in old bottles and cans. The following day we cashed in our stash and had enough to buy a bunch of food to last us the day!!! Every night for the next weeks ended in the same manner, Thomas and i scrambling around collecting everyones empty cans to turn into food the next day.
Thomas and his Austrian friends were lucky enough to be able to stay at our friend Marias place. Thanks for saving us many wet/mosquito bite free nights Maria!!!
The following day Papayo and i met with the guys down by the river with our can salvaged food for a picnic and swim. We then shredded around town over to the hole to end the day with an epic barbeque while getting eaten alive by the mosquito plague. 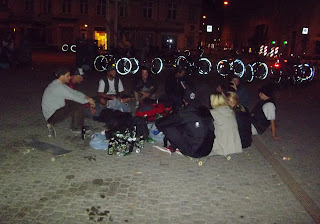 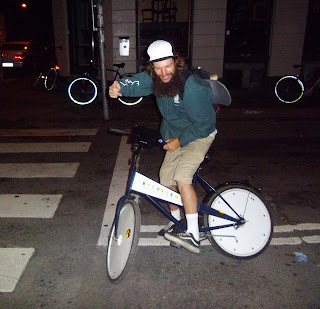 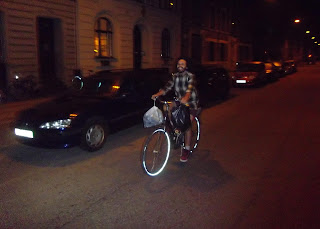 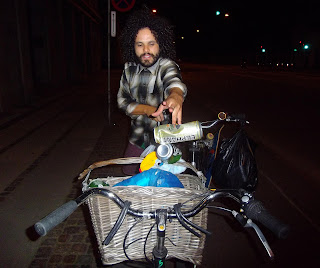 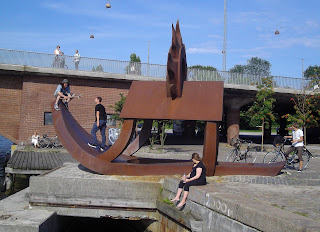 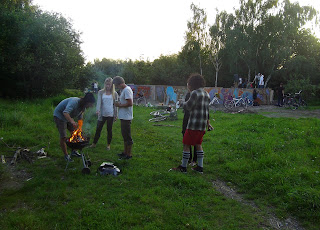 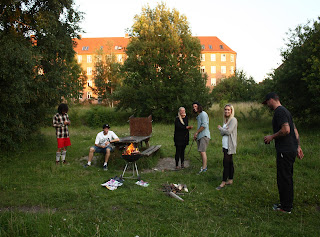 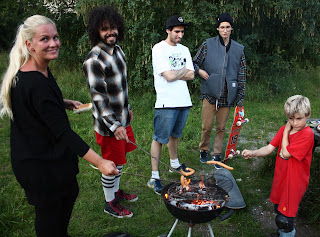